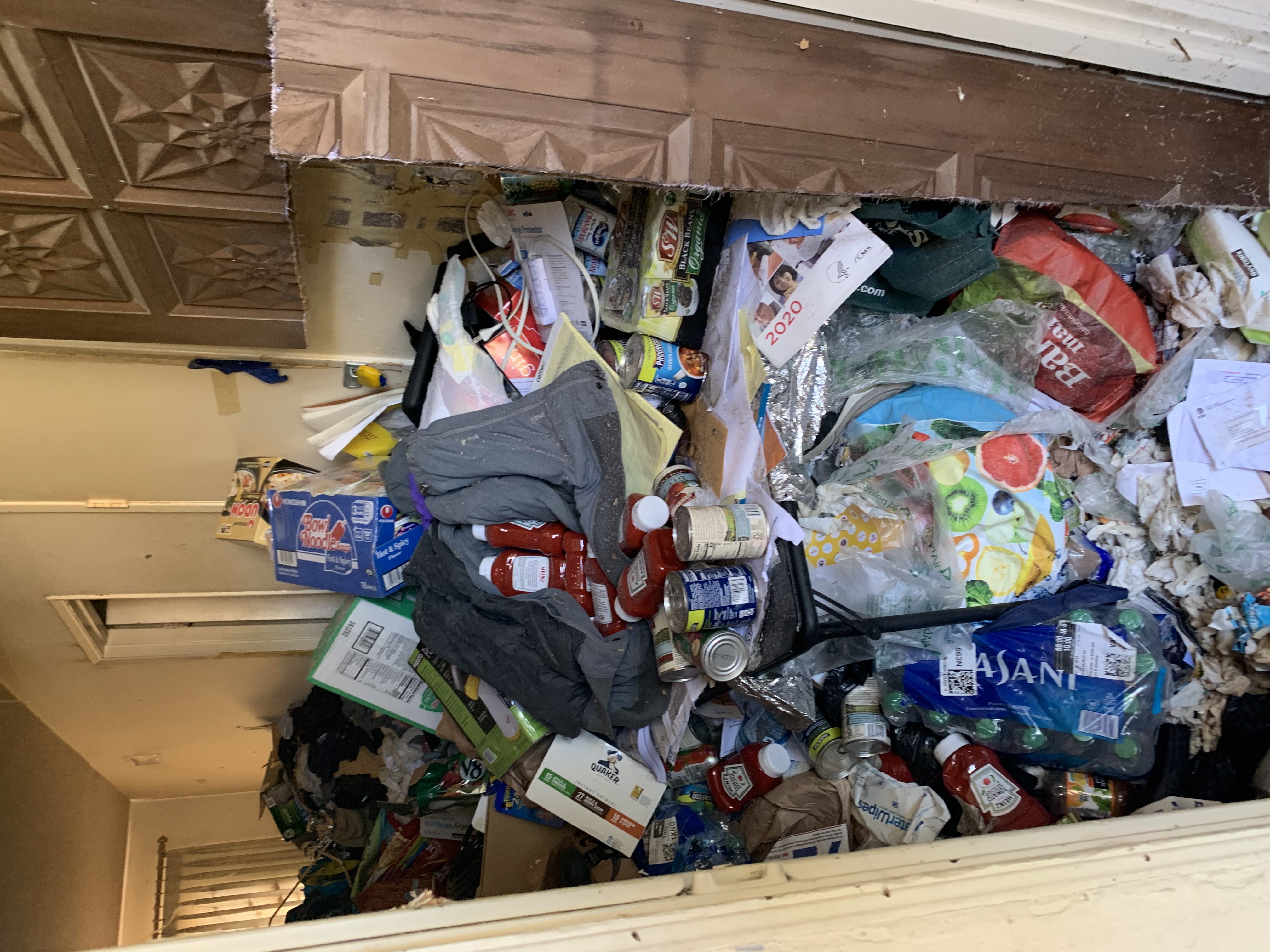 Pulling the heavy particle-board away from where the front door used to be, we had no idea what awaited us in this single-story four-bedroom home in a quiet cozy neighborhood in Rancho Bernardo. The homeowner, now deceased, had been a recluse in his home for the majority of his adult life, but according to neighbors, hadn't left his home at all, nor allowed anyone else in, for at least 20 years. The front door of the home had been cut off by first-responders during a welfare check, and the hoard of expired food, broken furniture, and other garbage was wedged all the way up to and against the door. Because no one could physically get into the house to assess the work needed, we went into this job not knowing exactly what was going to be required of us, but ready to contend with whatever was ahead. 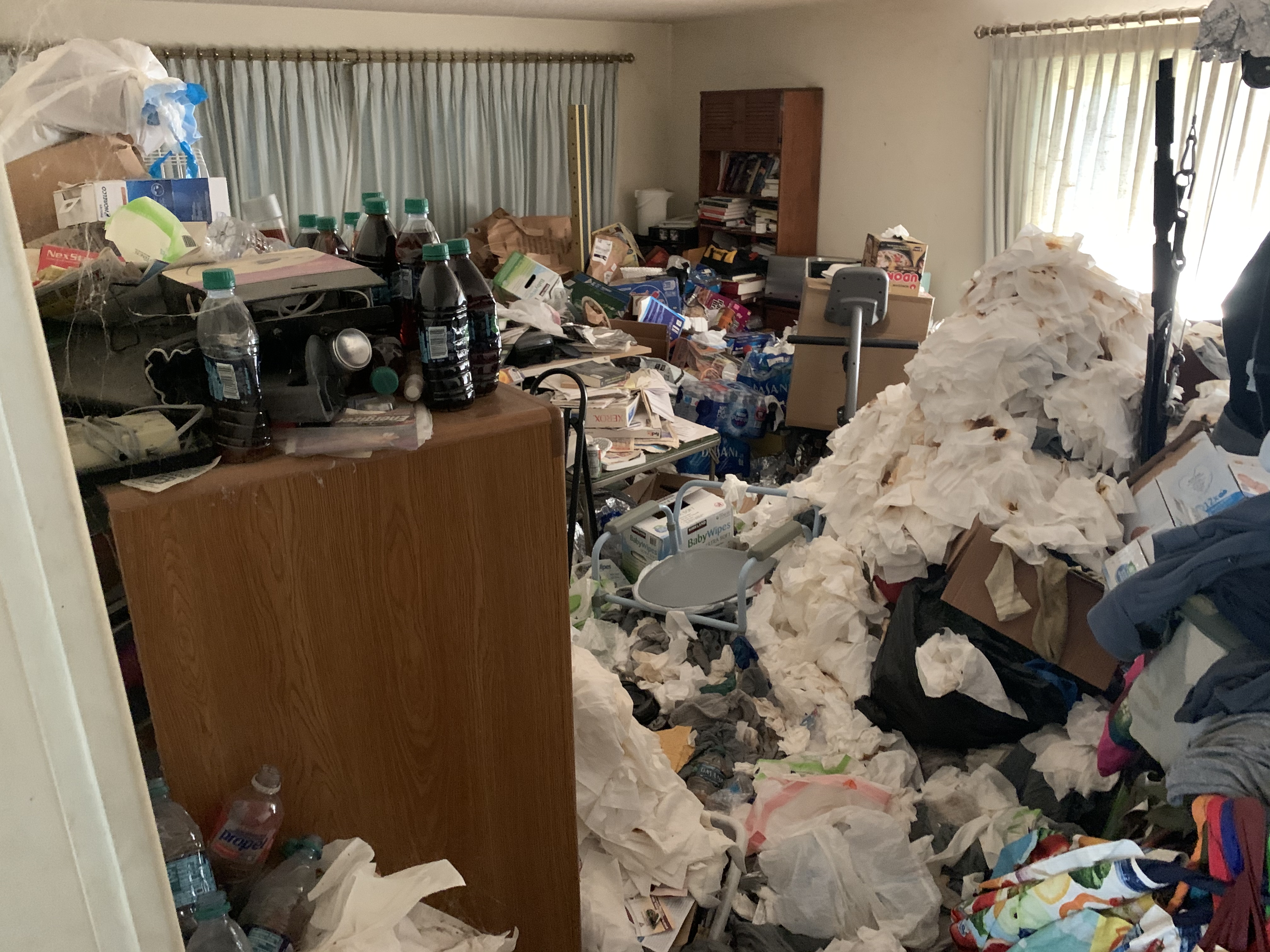 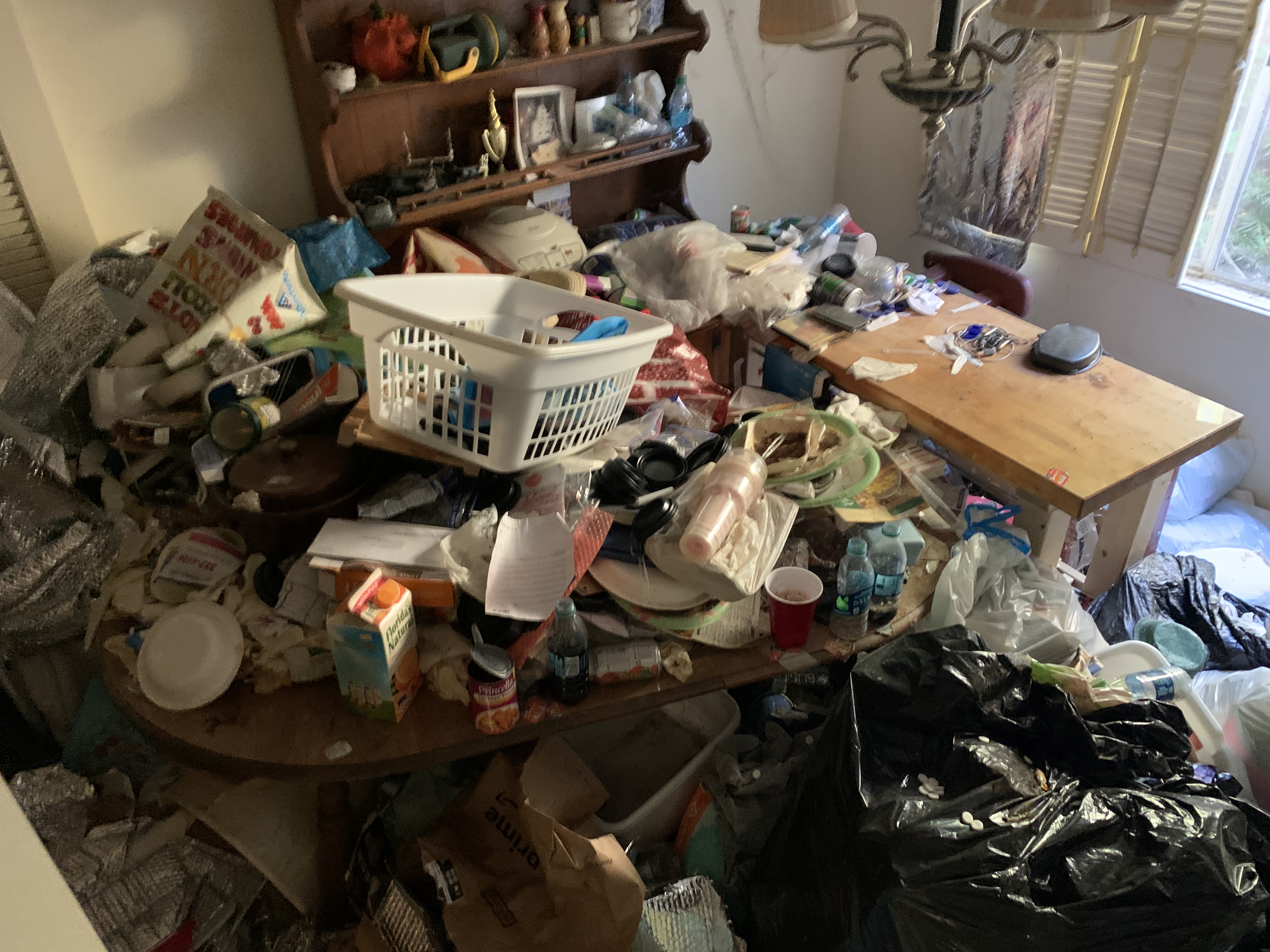 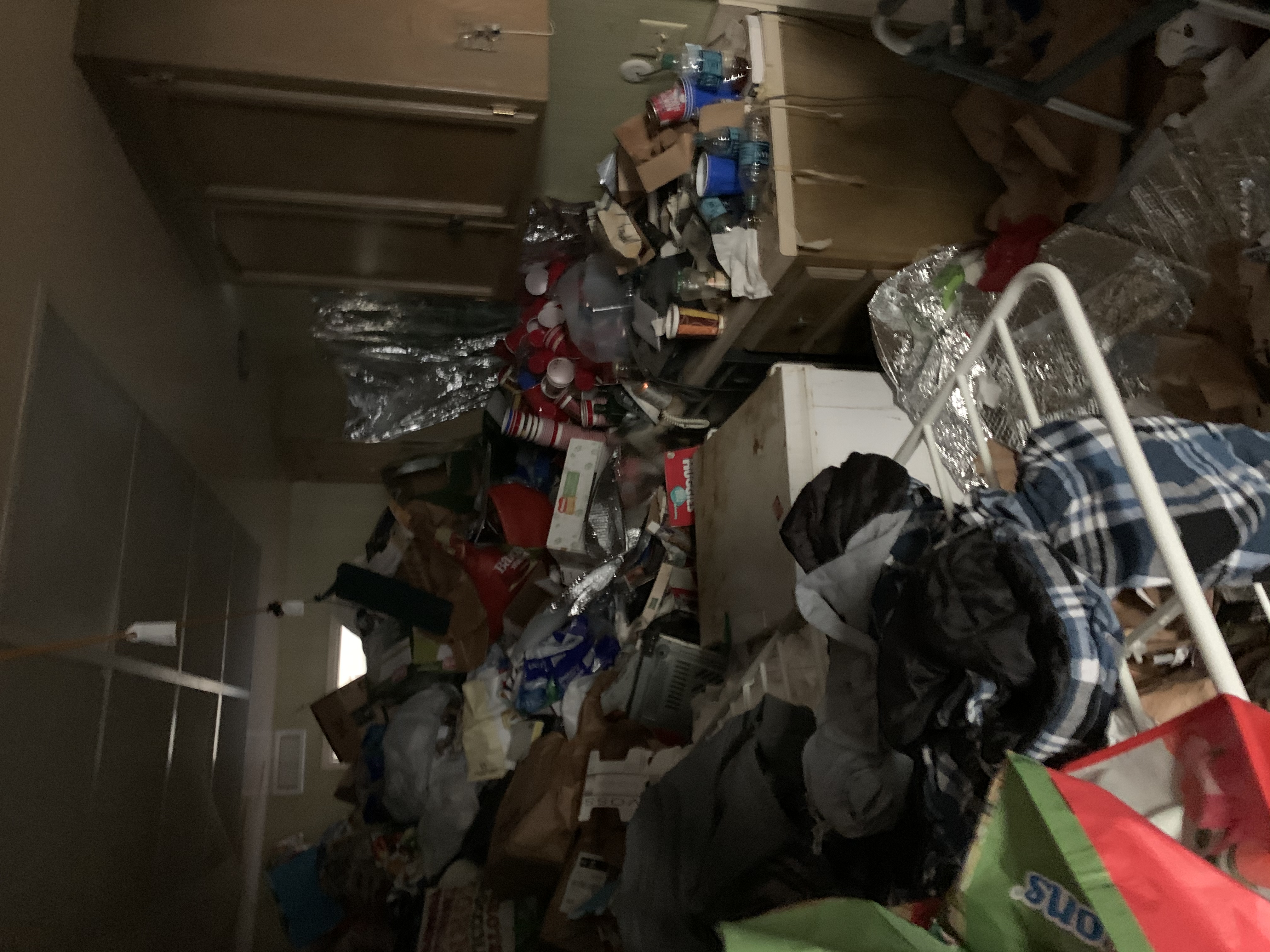 In the above photos, you can see the living room, dining room, and kitchen, piled high with the impedimenta of an isolated life indoors. The homeowner was a veteran of the Vietnam War and he lived in the home, which was passed down to him from his parents, from the time he returned from his service until his death. Neighbors we spoke with attributed him to be a highly intelligent, albeit idiosyncratic, individual. Not one neighbor had an unkind word to say about the man that occupied this hazardous home, even though his pest and rodent problems, as well as his unruly landscaping, traversed their property lines for many years. 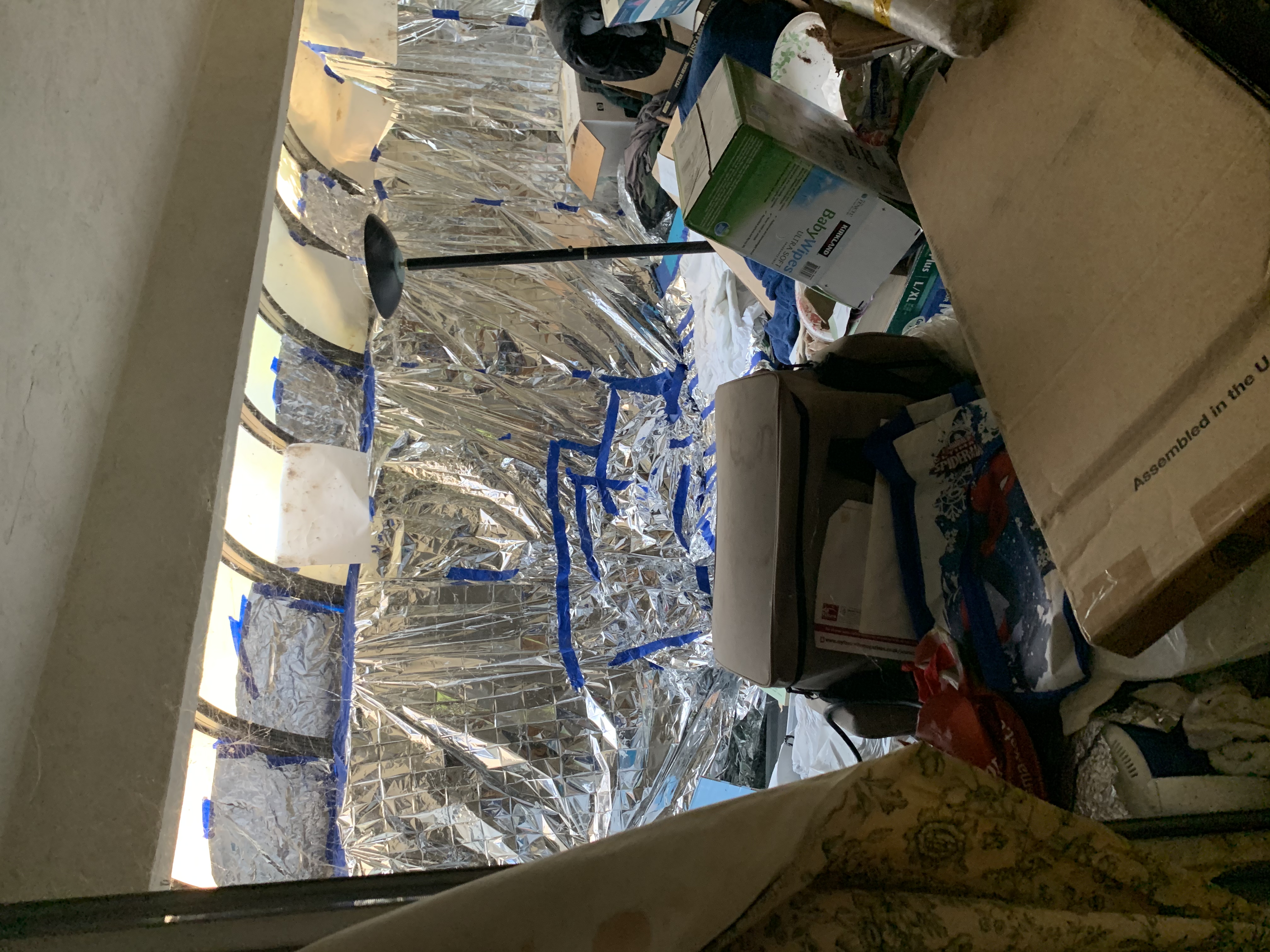 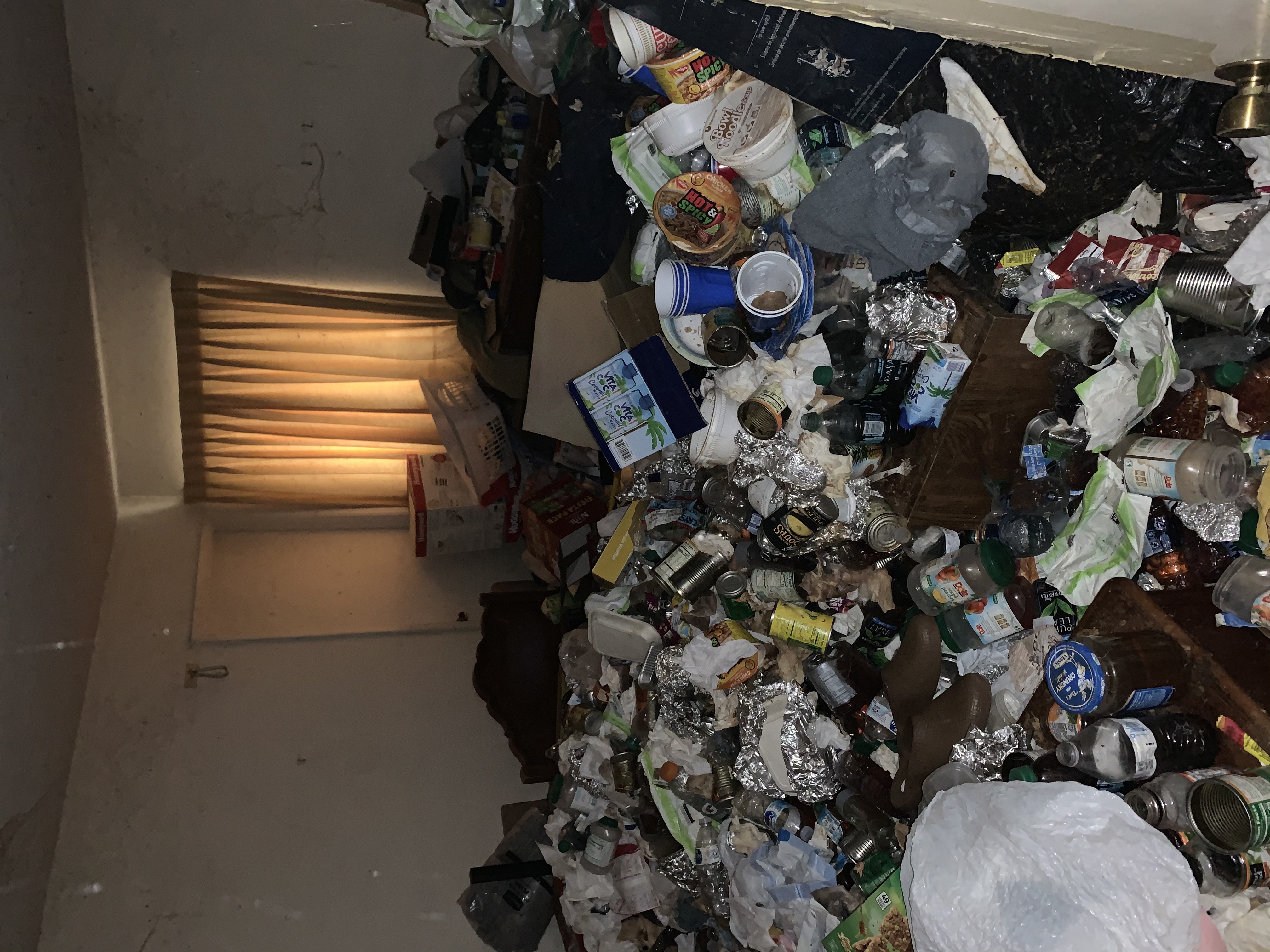 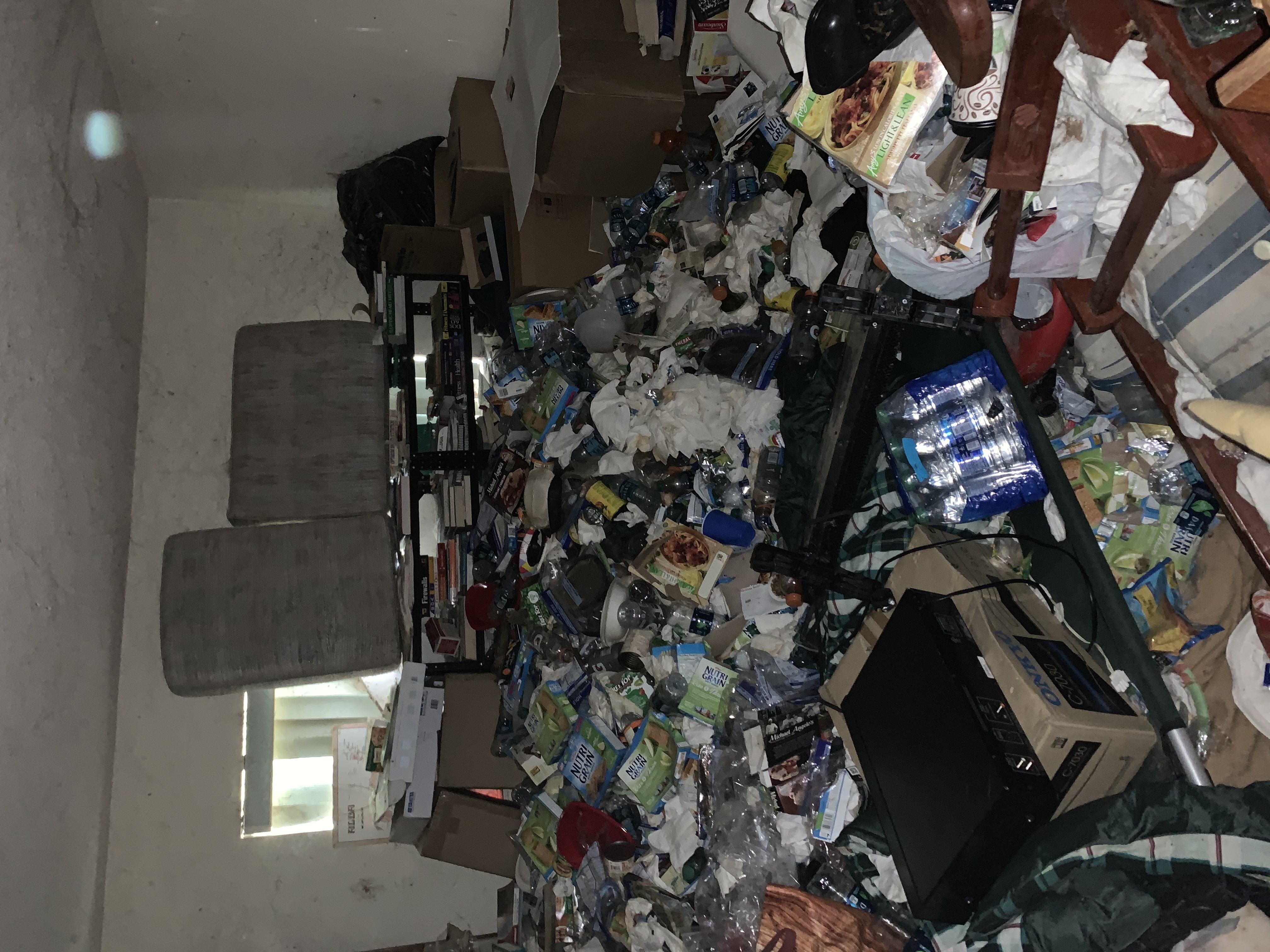 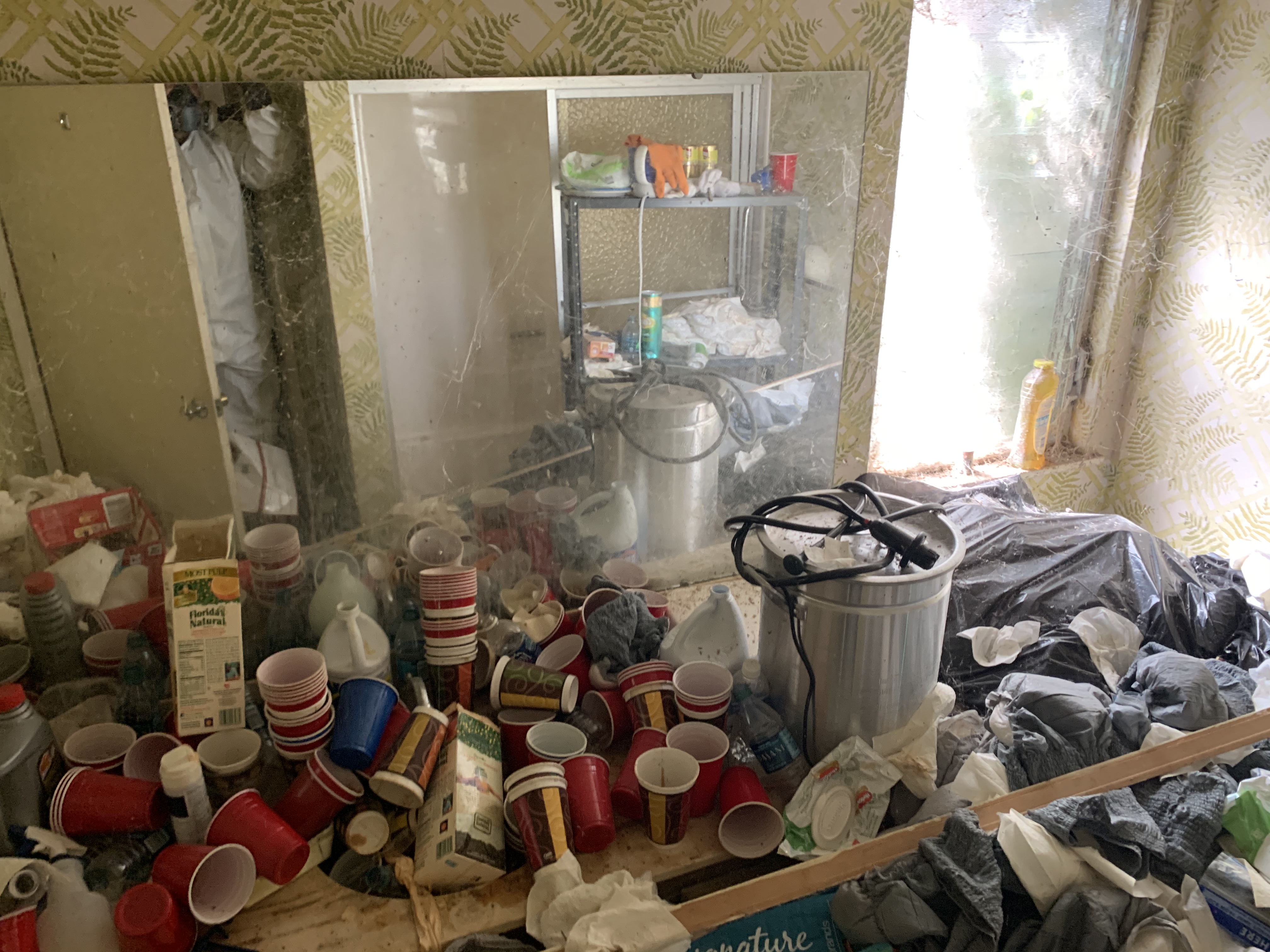 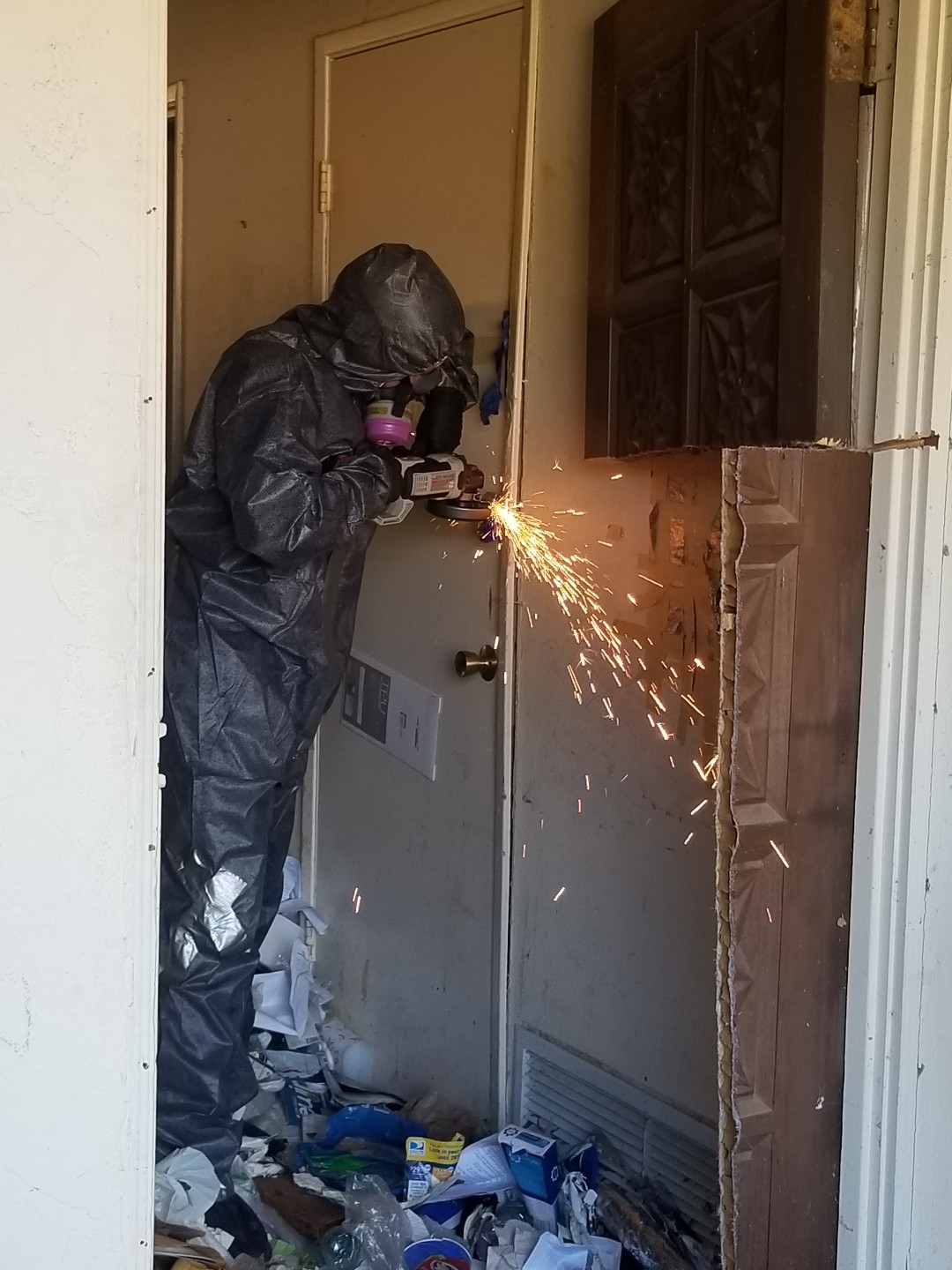 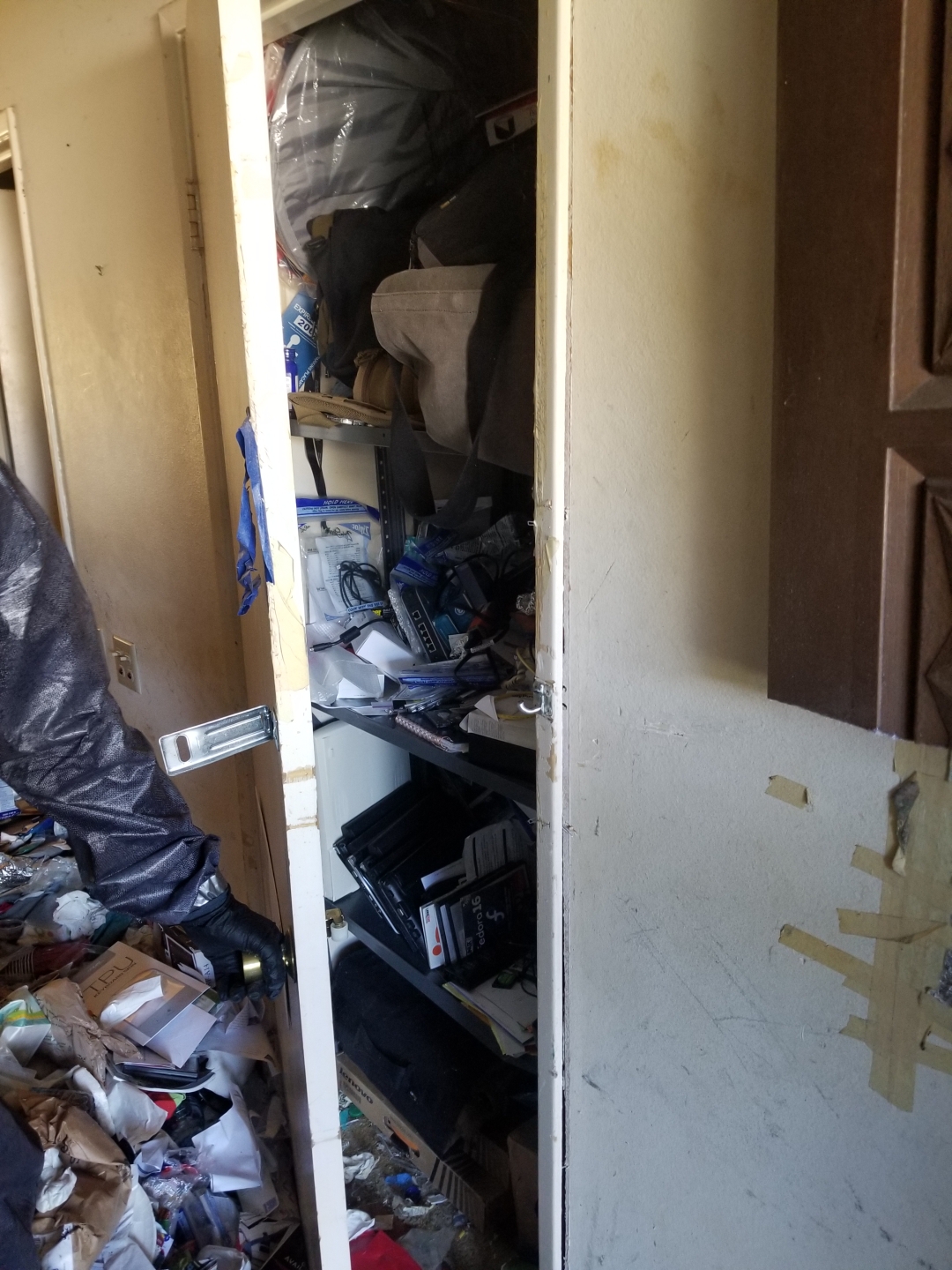 One intriguing mystery in this house was a padlocked door we found near the entrance of the home. There was a masking tape sign with a handwritten note: "Don't even think about it!" The padlock itself was wrapped in more tape. Unable to explore the layout of the home, we weren't sure if this was a room or a closet, nor what could be concealed within. After carefully cutting the lock off, we were relieved to discover a closet full of computer hard drives and spare parts! 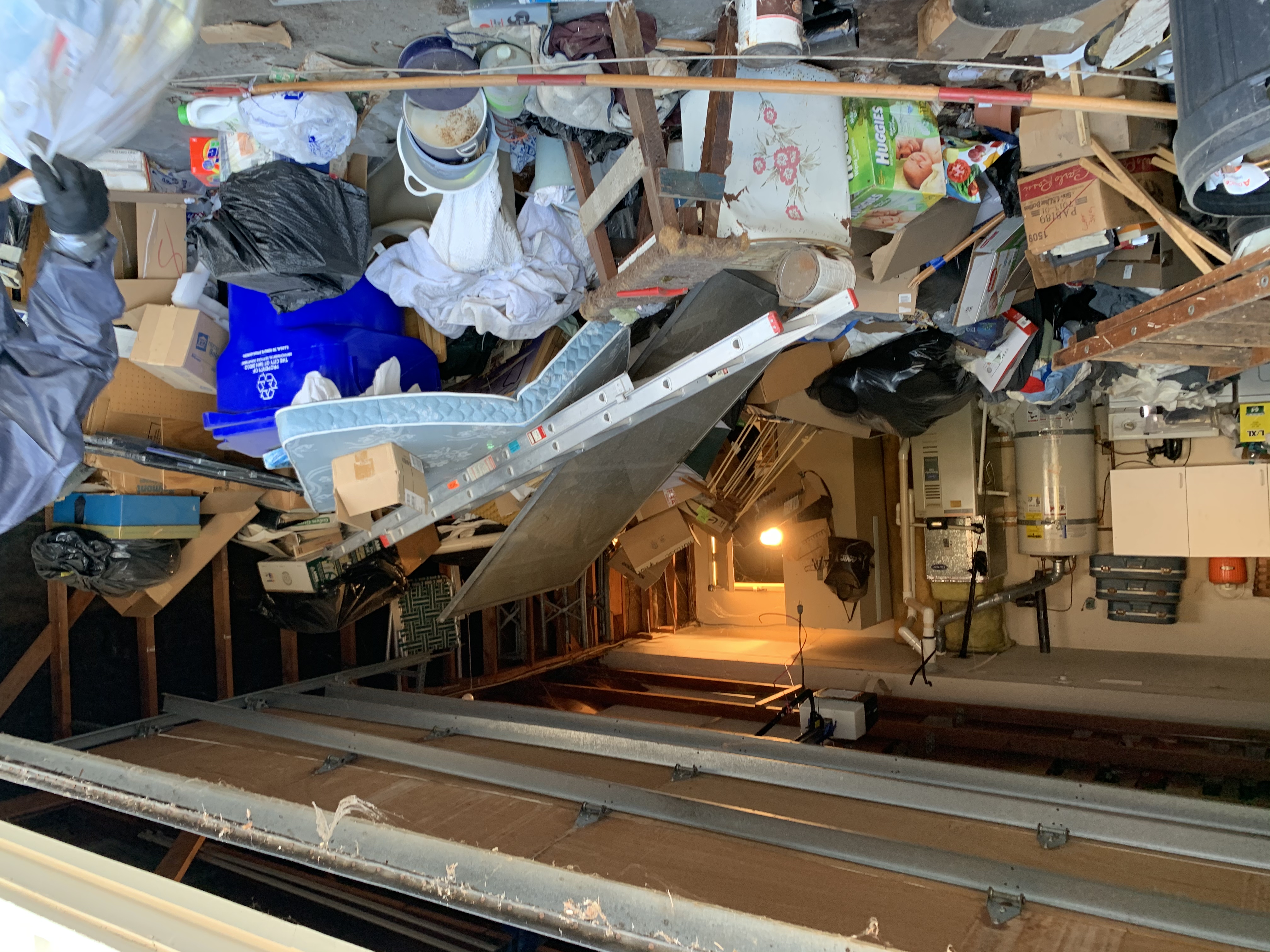 The garage was another major unknown in this project as we weren't able to get into it from the outside, and the garage entrance inside the home was blocked by the hoard. We did not gain access the garage until a few days into the job when we had finally cleared out enough stuff to uncover an entry point. We had no idea what we would find! The car the neighbors had seen the homeowner driving before withdrawing completely into his home was nowhere to be found. 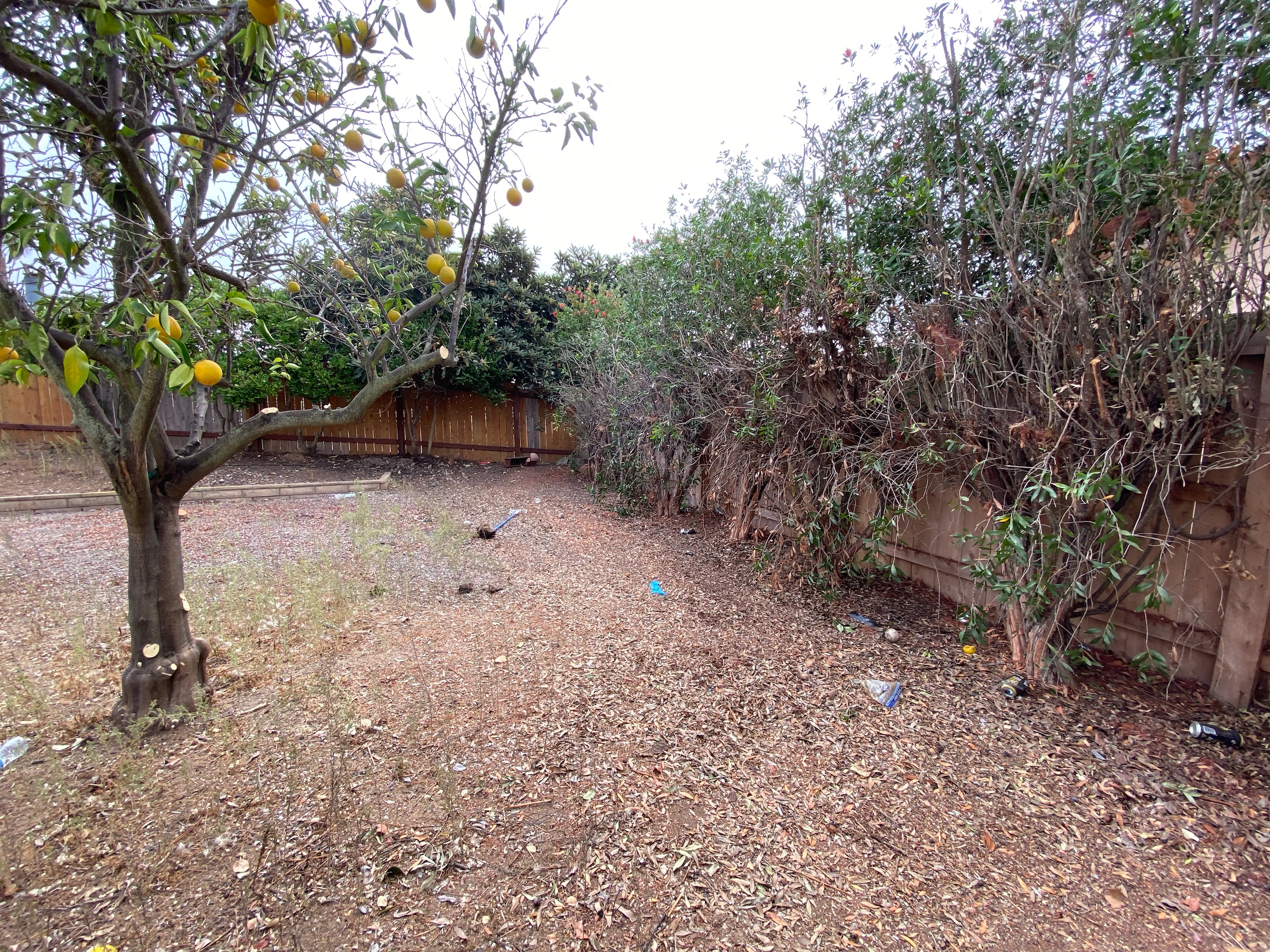 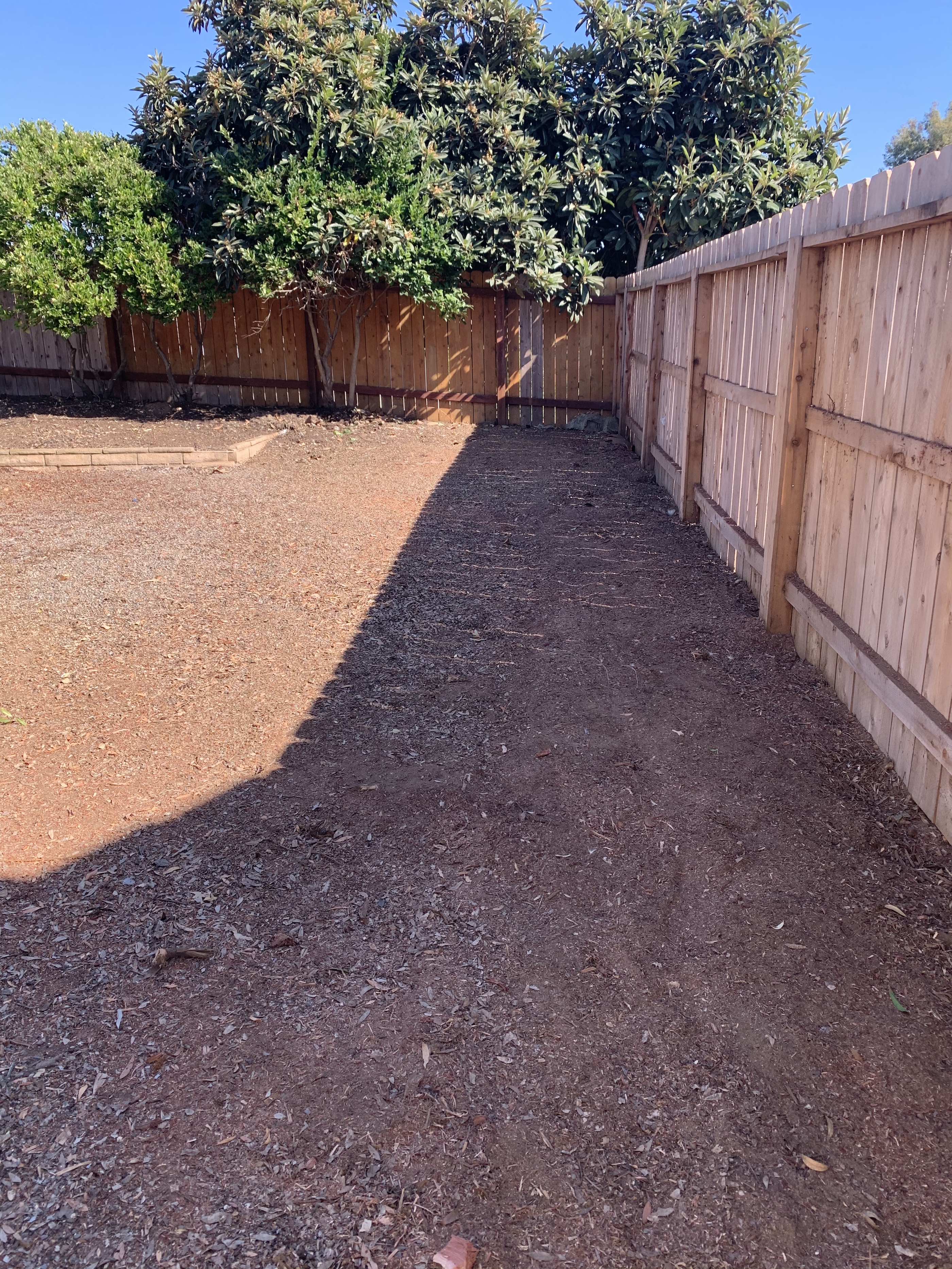 While the yard was not used to store hoarded items, it was overgrown and attracting rodent nests, which were then making their way into the neighbors' yards and homes. In addition to our regular cleaning crew, we called in exterminators to clear out the pests in the attic and landscapers to clean up the front and backyard. 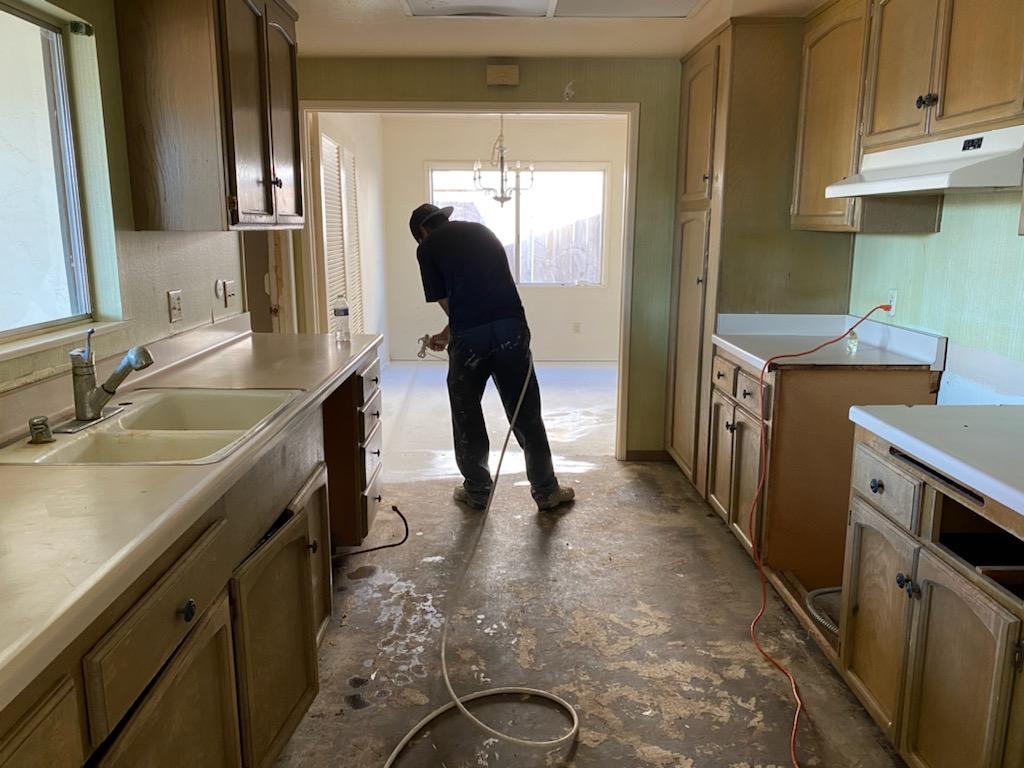 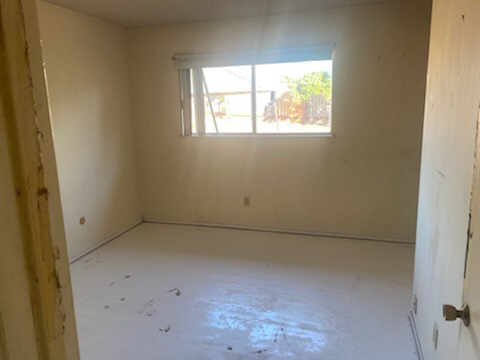 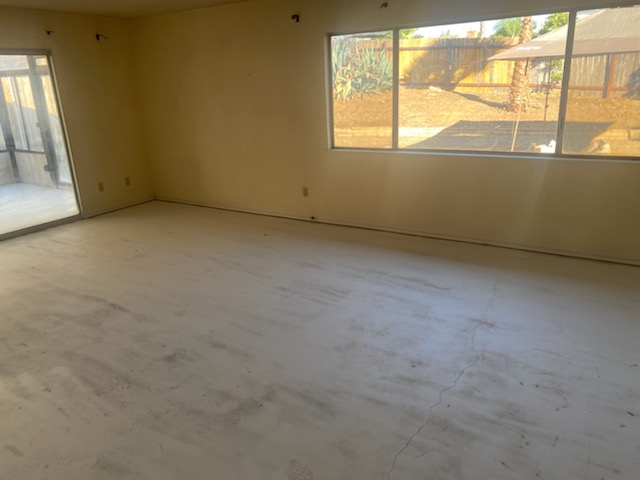 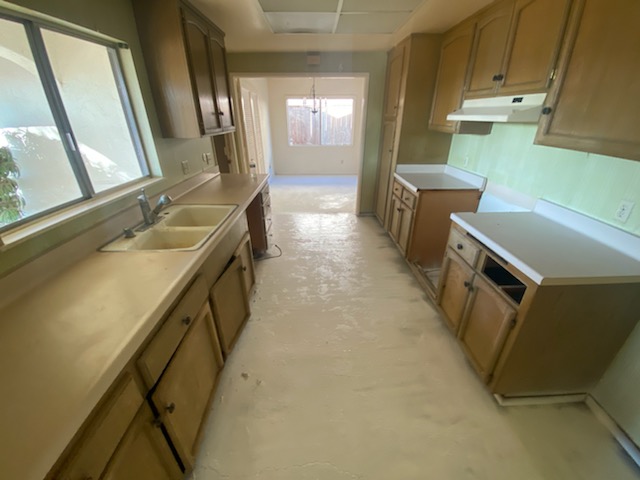 The cleanup, remediation, and sanitization of this home took a full week and a large dedicated group of technicians to complete in 95 to 100+ degree temperatures while wearing full protective equipment. We removed over 24 tons of waste from this house, which is now ready to be renovated and become the beautiful home of a new family.

It is so fulfilling to be able to help the members of our community clean up and regain their homes. Even though the homeowner was not around, we still wanted to approach this job with compassion and sensitivity. We all enjoyed learning about him through the neighbors' colorful stories and the fragments of his life we uncovered as we worked.

The most defeating feeling was that we were not able to help this homeowner while he could still be around to enjoy his space. If you or a loved one are suffering from hoarding tendencies, please don't hesitate to contact a company like Bio-One to get started on the path to recovery today.