An Update on our Friend, Les 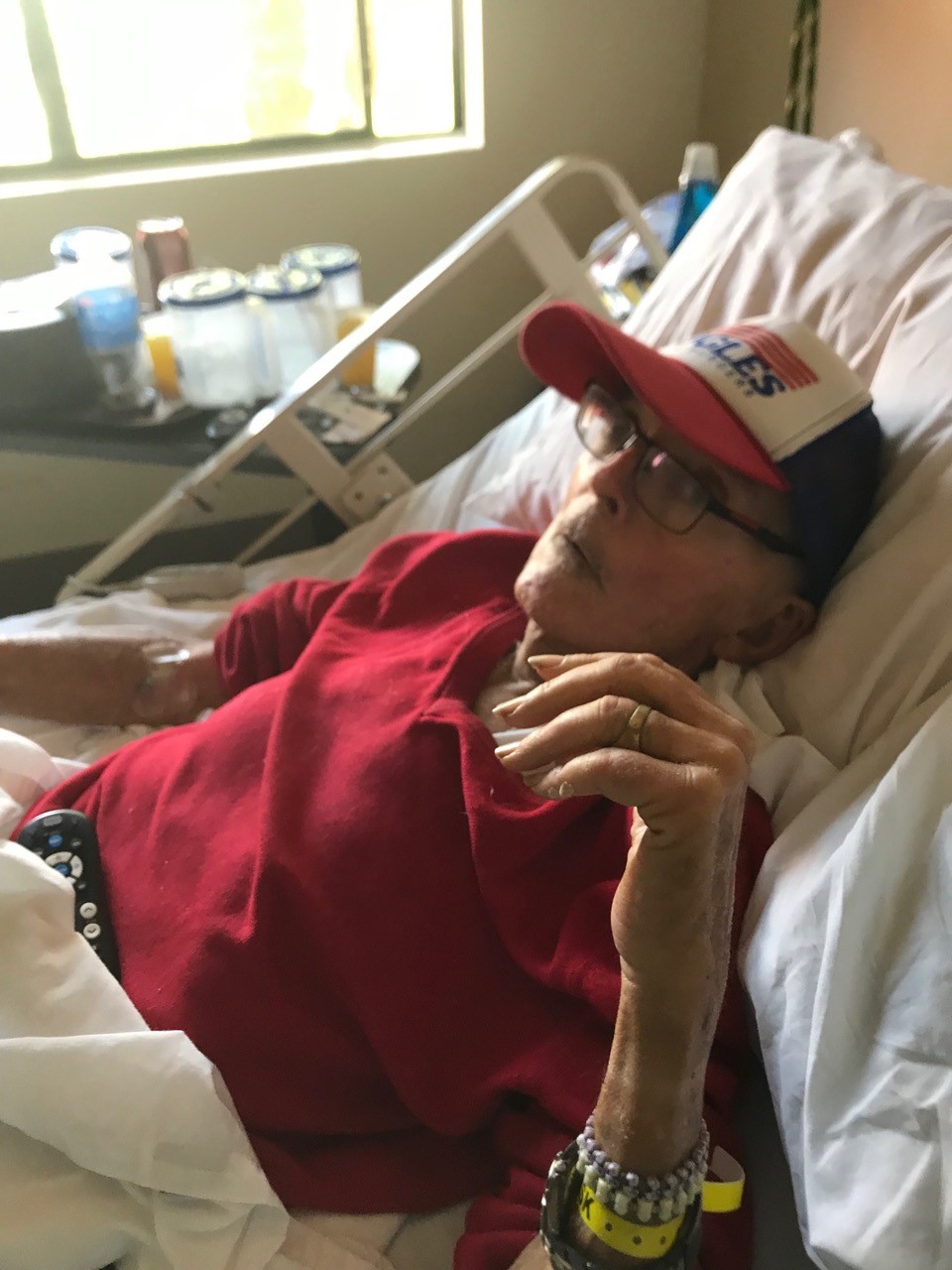 Once again, thank you all for all of your support for Les. (If you don't remember our friend, Les, check out this blog post or the news articles here and here!) We wanted to update you all on his condition. Les was moved from Scripps Hospital to a skilled nursing facility in Encinitas. This journey began about 4 months ago when he first went to the ER for the cancerous tumor on his neck.It has been a tough adjustment to him as he is a social butterfly. Being isolated in a room by himself without visitors allowed because of the pandemic made the first couple of months very tough. Luckily, he did have some friends he could talk to on the phone, and Kim has been visiting regularly ever since the rules were relaxed.His health has been the main focus, and there have been several ups and downs since Les has been in the nursing home, including a GI infection and a Covid scare. He was not able to tolerate chemotherapy or radiation, but is still doing immunotherapy.At one point, Les' health declined so quickly that we were told he only had a couple weeks left to live. We contacted his brother, started thinking about making arrangements, and even started to update you all here. But Les is a fighter. He is eating again, gaining weight, and doing much better, although he is still weak and unable to stand. He requires around-the-clock attention from his doctors and nurses. He has a wonderful case manager who has found programs to make sure Les is comfortable in his own room.In the past three weeks, Les has almost completely lost his hearing. He can talk on the phone, but can't hear the replies. He is mostly communicating by writing on a notepad. It is very frustrating for him! He will be seeing an ENT and then an audiologist shortly. Unfortunately hearing aids are not covered by his insurance, but with the donations from GoFundMe, we will be able to cover those for him. He was molded for dentures, but still waiting for those to arrive.The funds provided have really helped Les in paying for his monthly bills (storage locker, clothes, meals, cell phone etc.). His car is still parked at the McDonald's, as we have not found a way to tow it for a reasonable price. It is no longer running, but we don't think Les will be in any condition to drive a car again.We would like to thank you all again for your generosity. The GoFundMe donations have gone such a long way to help keep Les comfortable while he goes through treatment. We would like to give a special mention to the Lucky Duck Foundation, which donated half of our goal. We cannot thank you all enough!